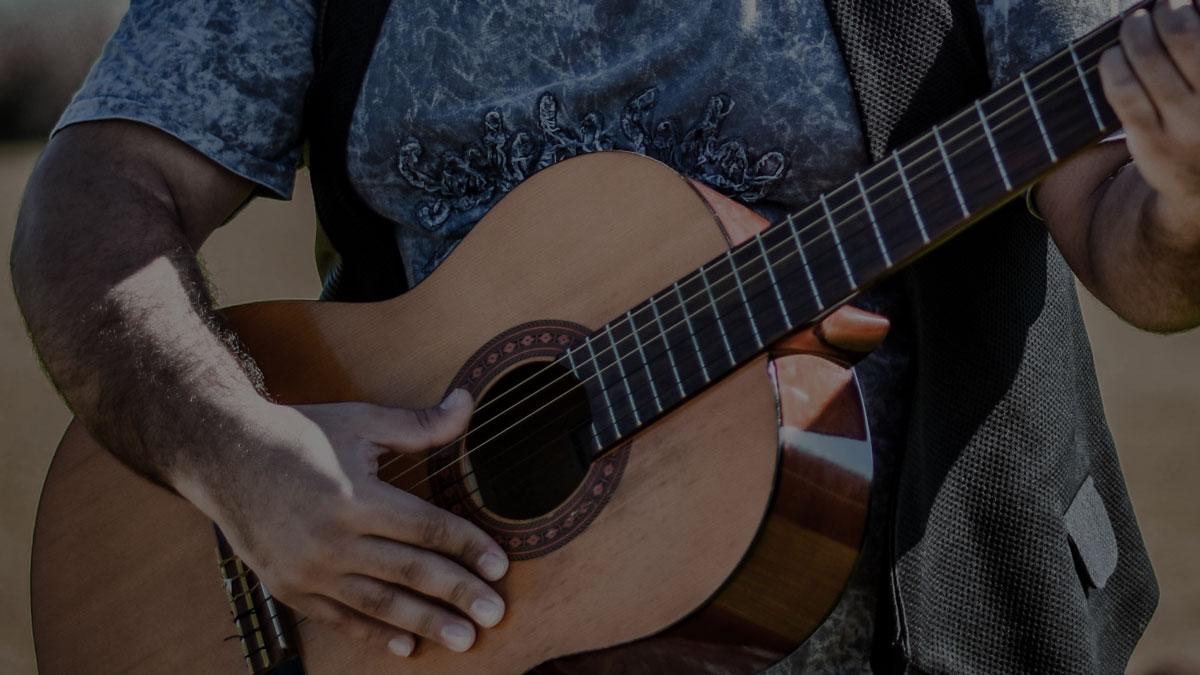 It was a Friday evening after a long week. I was sick, tired, and mentally preparing to spend the weekend moving to yet another apartment in Santiago. I got on the crowded bus to head home, and as the doors were closing, an older man boarded and stood directly across from me in the middle of the bus. He was short, balding, wearing dirty jeans and a t-shirt and holding a beat-up guitar. As the bus started to pull away he positioned himself and started to strum.

Anyone who’s taken public transit in Santiago is used to this. People busk on the subways and buses here constantly. Most passengers are absorbed in their phones, many with earbuds in listening to their own music or watching videos. The quality of the performance varies wildly. Sometimes it’s traditional South American pan flute, sometimes it’s freestyle raps commenting on passengers on the bus (as the token gringo on the bus I’m almost always the subject of at least one verse), sometimes it’s a boombox with a bad karaoke track and awful singing. Santiago buses are already loud and crowded, so it’s often rather annoying, but when someone is actually playing an instrument I’ll usually take out my earbuds and pay attention.

Tonight, the old man started off with a beautiful rendition of Todo Cambia, by Chilean musician Julio Numhauser. The YouTube video below has the first recording of the song, made in the early 80s in Switzerland while Numhauser was in exile from the dictatorship here in Chile.

After that he played a great folk song that I haven’t been able to identify. I can only remember some lyrics I thought were “lleve los soldados,” which doesn’t really make any sense, and doesn’t yield any Google results. So that one’s lost to time. Who knows, maybe I’ll be on the same bus as this guy once again in the future and I’ll hear it again.

Soon after I pulled out my phone to start recording so I could catch the lyrics later to look up the songs. I was able to catch the last half of his last song.

I later identified it as “Dulce Daniela” by Argentinian musician Victor Heredia, a song about a young daughter drawing on everything in the house, that’s apparently inspired many a father to name his daughter Daniela just so he could sing this song to her. I actually don’t like Heredia’s version all that much, but the busker’s version was great.

When the busker finished he thanked us, and walked up and down the bus collecting “remuneraciones.” I handed him a 1 luca bill (1,000 pesos), he stepped out the doors, gave me a nod to say thanks, and disappeared into the night as the bus pulled away.

I was so busy reflecting on my good fortune to have had my mood lifted by the old man’s music, that I hadn’t noticed that another busker had boarded the bus as the old man was getting off. This time a younger man, with bloodshot eyes, holding a stick and a ribbed metal cylinder. He started to slide the stick on the cylinder, making a god-awful noise, made worse by the fact that he couldn’t keep the rhythm. I didn’t think it could get any worse, and then he started to sing. It was as out of tune as his percussion was out of rhythm. My head started to ache, and after 2 minutes, I couldn’t take it anymore. When the bus doors opened I leapt out, still a mile from my stop.

You win some you lose some, I guess.