Last week when I was cleaning up for T2 (aftermath pictured below) I found some photo negatives underneath the false bottom of a built in cabinet in our living room.

They look pretty old, they’re probably from the 80s.  It looks like there’s a lot of information lost from them, but I scanned them and messed around in Photoshop a bit to see what I could get from them.  I’m sure there are much better techniques than the ridiculous pile of adjustment layers I used to try to make the negatives decipherable.  I’ll have to look into those eventually (for now I just wanted to get a basic idea of what’s in the photos) and remove the noise,etc.  Anyway, here are the negatives, and some partially salvaged photos:

Fixed up a bit. Some nice moustaches happening there.

Kids at a birthday party? Someone in a red sweatsuit?

Creepy half pic with woman in it.

I’ve been wanting to do some writing for fun for a while.  But it’s hard for me to start writing anything, so I came up with a new method to generate prompts.  I started off by picking a number, this time I selected 10.  Then I went to wikipedia, selected “Random Article,” took the 10th word in that article and searched Thinkstock with it (just because I’m used to it and it has funny pictures, but you could use any sort of image search).  From there I took the first picture and saved it, and repeated the process to end up with 2 images.  Once I had the 2 images I decided to write for 10 minutes using the 2 images as a prompt.  I ended up writing for longer than that, but I think using whichever number you choose as a minimum or maximum time limit could be helpful in bringing some discipline to the process.  About halfway through the story I felt I needed a little more guidance, and repeated the process to help me out with another idea for one of the characters.  So here’s the result (with the photos): 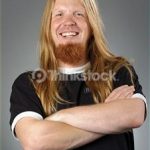 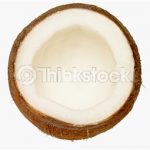 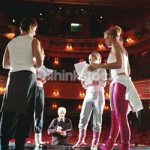 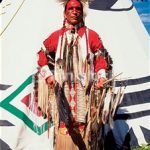 Hey man. The name’s Rebus. You got a few minutes? Look I know you’re busy, tryin’ to get to the train or whatever. You look like one of them business types, which is perfect actually, because what I got here is a bona-fide business opportunity, so I’ll just walk with you and we can do a little walk n’ chat thing, huh?

OK I bet you’re lookin’ at me thinking’, “Long hair, goatee, what the hell kind of business opportunity does this guy have for me, the short-cropped, no-bearded businessman I am?”  But don’t let the differences in our haircuts wall you off from the opportunity to build a successful business enterprise, brick by brick. As my uncle Pete used to say, “you gotta keep cracking’ coconuts til you find the milk.” Now we’re from Missouri, so he didn’t realize that just about every coconut has milk in it. But as it turns out, they do, and that’s what I want to talk to you about.

Now you may be saying to yourself “I’m not in the grocery business.” Unless you are, I think Jewel has an office building around here actually. OK I figured you probably weren’t. If you know where that building is though let me know, I should actually probably talk to them about this. Ok not a problem, I’ll find it later. But anyway my idea here is this: Fresh coconuts. Specifically, selling ’em to people.

I realize that sounds pretty simple, and it is, but there’s more to it than that. You see, I was picking up my brother in law Gary from his anthropology class at community college. And I was there 50 minutes early so I figured I’d walk over to his class to tell him that I was there early and yeah it was my fault cuz he definitely told me the right time, but also I was pretty busy, and would he want to just leave early since I was already there and he can get the notes from someone else in the class? Anyway, it turns out I was there on the wrong day, so Gary wasn’t even there, and the room was being used for an economics class. Now I’m not good with money, I’ll say that right now, so if we do this you’re gonna have to handle all the technical money things. I’m more of an idea man. But since I was there, I figured I’d learn a bit of economics so my trip wouldn’t be a waste. And boy am I glad I did, because the professor was talking about these things called complementary products. I don’t know if you know what those are, but I guess the idea is people buy one, they gotta buy the other, like chicken and buffalo sauce. So all you gotta do is sell one of them, then people realize they gotta buy the other one too. Now you’re probably thinking “Well no, they can just return the first one when they realize that,” and that’s where 2 key words come in “No refunds.” So if you’re lost, don’t worry, this is where the whole thing comes into crystal clear focus. One guy sells coconuts, and then, people gotta open them somehow, which is where you come in, sellin’ hatchets to open ’em with. Is it starting to come together for you? I can see the gears turnin’ in your head there.

But I bet you’re thinkin’ what I was thinkin’ at first, “Why doesn’t one guy just sell both?” That’s what most people would do, but not me, and here’s why: less people are gonna buy the coconuts when they know they gotta buy the hatchet too, cuz that doubles the price, and they’re thinking, “Do I really want to spend 10 dollars right now?” Of Course they don’t, nobody wants to spend 10 dollars. But if you sell just coconuts, they’re thinking “Hey, 5 dollars for a coconut, not too bad,” and they buy it. Then they’ve got the coconut, but no way to get to that milk, and they think, “Oh man I gotta open this somehow, but I don’t have anything to open it with.” They ask me, and I tell them I only sell coconuts. Then they wanna return the coconut thinking they don’t wanna spend another 5 bucks on something to open it with, and this is where the no refunds policy comes in handy. But then I’ll say, “Oh, you know what though? I just saw a guy right down the block a bit sellin’ hatchets, bet those would open a coconut right up.” Then they go to you, buy the hatchet, and boom, we got 10 bucks out of ’em, when they thought they were only gonna spend 5.

Now I’ll give you some time and let this sink in. I gotta move kind of fast on this, but you look like a guy that knows what you’re doin’, so I’ll let you think on it a bit. Here’s my card. It’s actually my friend’s card because I’m in between phones right now, but call the number and tell Wanda that you’re calling for ReRe and she’ll get the message to me.